Today is Earth Day.  And in my experience.  Taking care of the planet can get annoying.  The EPA (Environmental Protection Agency) is almost synonymous with annoying.  The other day I saw the classic movie Ghostbusters again.  And I had forgotten that the EPA were the annoying bad guys.  But it’s not just a governmental agency that gets annoying.  It’s the practice of caring for the environment: recycling, reducing our carbon footprints, consuming less, trying to keep in mind the other creatures of this planet, and generations that will come after us.  What a pain in the you-know-what!  So annoying, right?

I even fancy myself as an environmentalist.  And trying to be mindful about using less, consuming less, protecting more, teaching our children.  So annoying!  We’ve turned our kids into little energy extremists: Micah with the lights, he’s always turning them off, and when he was a little younger, he’d even start crying when we’d leave lights on: “You’re destroying God’s earth!”  True story.

But today on this Earth Day, on this Paul and Silas day, perhaps on this annoying day...I want to invite you to start simply by paying attention to what’s annoying you.  God is working in that to bring about joy, peace, forgiveness and liberation.

There is joy, peace, forgiveness and liberation that comes from that young girl’s constant crying out...which is what Paul was so annoyed about.  Do kids ever annoy you?  Katie annoys me when she asks constantly while we’re driving, about why we we don’t bring all those homeless people we see downtown or at the stop lights asking for help — “Why don’t we bring them home and give them some money, Daddy?”

Do you know what scholars believe that slave girl really was?  She wasn’t just a little fortune-teller, she was exploited, as young girls always were, sexually! And that was the system, much like the child sex trafficking big business that’s happening right in our front yards here in East County.  That was just the way it was, and she was annoying the system with her recognition of Paul and Silas‘ identity:  “These men are servants of the Most High God, who proclaim to you a way of salvation!”  That’s all she kept crying out.  And out of her annoyance, came liberation from the demons.  A disruption to the system...the death of death!

Think we’re seeing that now?  With American children across this nation, staging walk-outs of their schools and “annoying” us with marches and protests, waving banners and crying out constantly for freedom...from gun violence and the right to learn and live peacefully?  Disrupting the system...pleading for the death of death.  Like the little girl in the story: it’s not like kids have that much power to change anything...or do they?  She persisted, and annoyed Paul enough to get that demon cast out!  The death of death.

And then Paul and Silas: from annoyed to annoyer!  (Maybe that’s a stretch.  I love that they sang in jail!  We all should think about singing in jail!  But let’s just stick to the annoying theme...)  I’m convinced that their singing is what broke them out of there.  Their hope in the midst of despair, their being free while chained up.  And their staying...even when the doors finally opened and the shackles fell off.

I’ve told it before but I love this story about hope in the darkness: about when one of the Metro lines in Washington DC went down back in 2012, and a whole train was trapped in a dark tunnel.

The newspaper article about this quoted the maintenance crew that had gone running into the dark tunnel with their flashlights and equipment to figure out what the problem was...and as they approached the train, sitting dead in the dark, they heard singing.  Someone on the train had started singing “Lean on Me”.  And the whole place was rocking by the time they got the problem fixed.  Probably wanted to stay and finish the song before they disembarked the train and walked out of that dark tunnel!

Think a few on that train might have been annoyed when the singing started?  Rolling their eyes or even telling the singers to shut up?

Pay attention to what’s annoying you...because God works in that to bring about joy, peace, forgiveness and liberation.

And that goes for taking care of God’s good creation too.  Lutheran professor, mentor and pastor Joseph Sittler had this great quote:  “Nature is the theatre of God’s grace.” x2  Even if caring for the environment and those who advocate the most for it might be a little annoying, think about that: this earth is the theatre, the stage, upon which God’s grace gets played out!

And here’s how I’m going to tie Paul and Silas in with Earth Day:  At the end of this text, the jailer, one might perceive him as their former enemy, actually invites them to his home, his house, his family system...that is, his oikos (in the Greek) or eco’s.  Every time you see “house/home” in this text, try reading instead “ecosystem”.  The jailer invites them into his eco-system, where he is baptized, along with his whole household, along with his whole ecological-family.  And there in that house, in that ecosystem, upon this planet earth, they are invited to live into their baptismal vocations!

You know, when we baptize and confirm in the Lutheran church we ask among other things, “Will you strive for justice and peace in all the earth?”  Hopefully that has a new ring on this Earth Day...maybe an annoying one.

Pay attention to what’s annoying you. God works in that to bring about joy, peace, forgiveness and liberation.

Like Paul from annoyed to annoyer.  From agitated to agitator.  We are called to work for the healing of creation, for the healing of earth, the forests, the waterways, the species, the ecosystems.  Write letters, protest, speak up, run for office, pray, sing out, cry out...If you get involved in the advocacy and protection any of our earthly home, you become an annoyer.
And that’s where this text and this context, I believe, is pointing us, calling us today!  To “let streams of living justice flow down upon the earth, give freedom’s light to captives, let all the poor have worth…”  (HoD we’re about to sing.)

Friends in Christ, God stays with us, even while we’re locked down!  The Holy Spirit moves in our midst and puts a song in our hearts!  Nothing can lock us in, not even death itself..for Jesus has conquered death and the powers of sin, and busted us out, liberated us to live and serve this earth and all its inhabitants!  Let the healing and “liberation-living” begin, in Christ’s name!  AMEN.
Posted by Pastor Dan at 5:03 PM 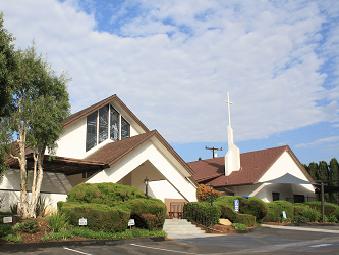